Take me to Pop Smart Kids 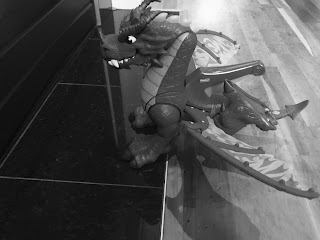 Storytelling from the very young

As we drove past the fire station, located a few streets from my toddler’s preschool, it had become routine for her to ask why the doors of the fire station were closed. She would ask sometimes, are there any fire trucks in there? Now, which toddler doesn’t like the sight of a fire truck? It’s big, fast, noisy and grade-A fodder for their imagination. So her disappointment at not having seen any come out or enter her favorite station seemed valid. And then one gloomy Seattle-eastside afternoon, the stars aligned and we pulled over to the right to let the siren-blaring ladder truck maneuver its way out of the station, into the street and eventually down the hill, honoring the call of duty. I did not want to notice her expression through the rearview mirror rather I wanted to soak it in. I cranked my neck toward the back to her smile jubilantly. I started to drive and quick came her question, “where is the fire truck going?”. “To save someone,” I said, leaving room for more to come from an imagination that had been fired up from the occurrence. A few more questions, handful of popcorns and two exits later, a story that included her brother, a forest, a deer, a mouse, and brave fire fighters rescuing helpless creatures had been woven, soon to be retold to the remaining members of the family. This is a simple example of how young minds use the art of storytelling to build their imagination, develop language skills and learn to interact with others.

Storytelling is a universal phenomenon as old as time. A well-crafted story—be it tales from ancient times or flights into the future—is gripping and hard to resist. Children make great artists for this interactive form of art. Their vivid imagination, filter-less lens of seeing the world, and animated, and often amusing, ways of telling a story wins hearts and captivates audience. Provide them with simple props, puppets or just your attention and they will take you on a journey of heroic quests and faraway fairylands. In a child’s mind, the realm of fiction and reality are not very different. What begins as an observation on their way from school stretches into an animated story, and what has fascinated them through their favorite books are brought to reality using their imaginations.

A few years ago, my dragon-obsessed son’s world came shattering down when I told him that these fiery creatures are not real. He wanted to see dragons in real life, asking me to find a zoo that had one. Dragon floor puzzles, books about warriors fighting dragons and hours of pretend play, where he burnt down the house a few times a day with his fire-spitting breath, had led him to believe that dragons where real. Age finally caught up and, although secretly he still wants to believe dragons exist, he has come to terms with the bitter truth.

Looking back at those days makes me think what if there is a way for them to bring these creatures to life? What if there is a way to give wings to their burgeoning creative skills even before they can read or write well enough to put their ideas on paper? What if there is a way for our children to use technology as an extension of their imagination rather than one that inhibits it? What if there is a way to collaborate with our children to use the digital space for creating stories that last a lifetime? Like building blocks, if technology allows our children to build their own stories step-by-step, and see them come to life, wouldn’t that be enabling and engaging at the same time? Collaborative use of technology allowing parents to see their child’s mind at work and adding their own strokes of creativity is a win-win situation. An ongoing effort by team PopSmartKids is developing an interface that does just that and much more. Use of imagination, preserving memories, quality time with children will be few of the outcome of what the team has been working on. Keep following us and watch this space for more!

I, Alexa - The Final Piece 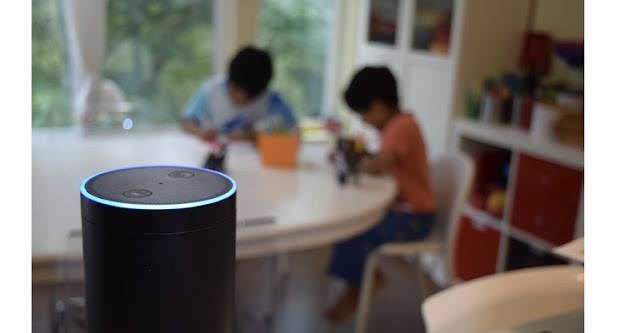